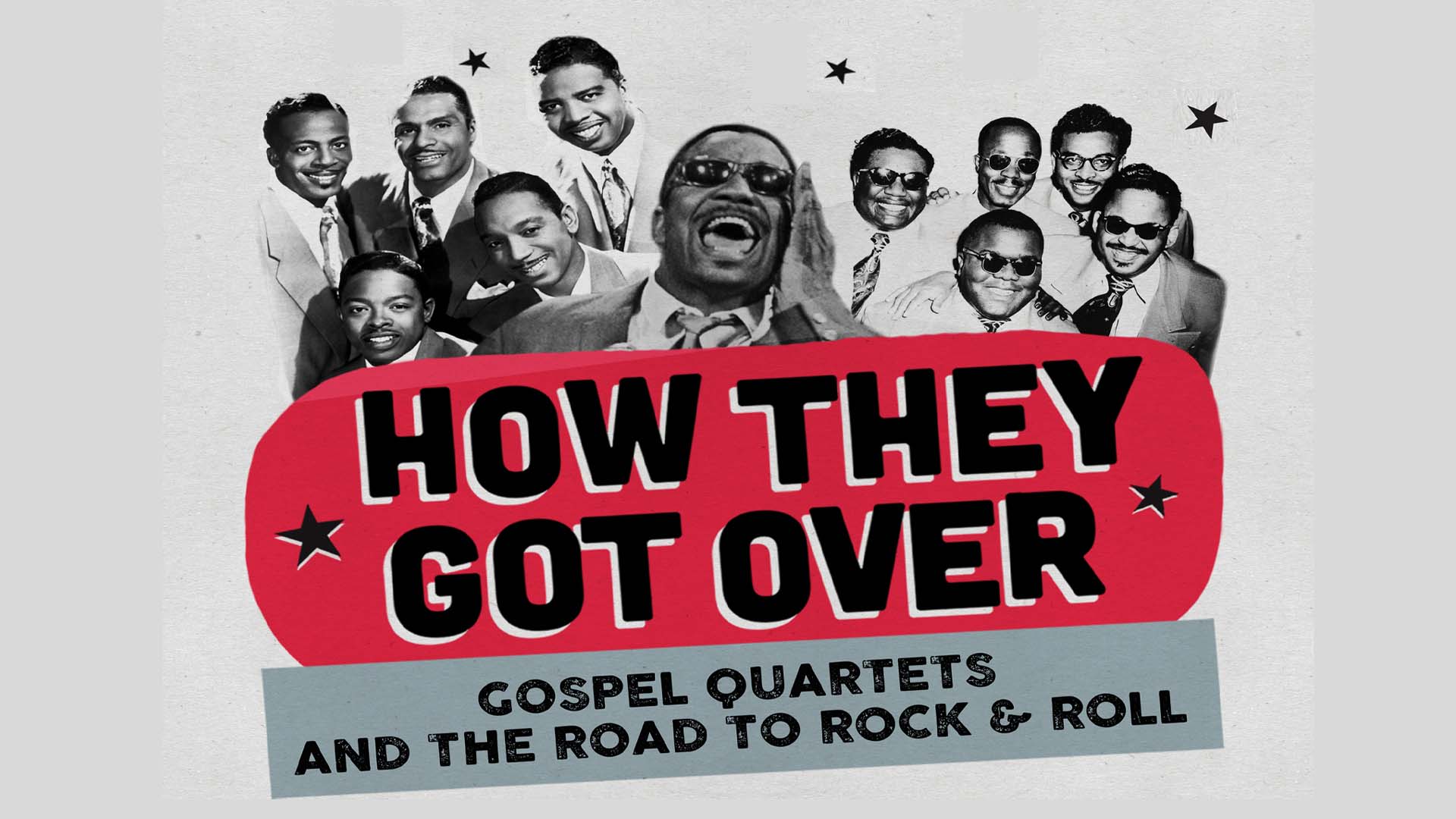 Event Information In accordance with CDC guidance, all patrons, regardless of vaccination status, are to wear masks while in The State Theatre, except when eating or drinking. Masks are available upon patron request. We strongly encourage all attendees to be vaccinated.

After the film will be a Q&A session moderated by Charles Dumas, featuring Jerry Zolten, co-producer and principal narrator, and the film’s director, Robert Clem.

How They Got Over tells the story of how Black gospel quartet music became a primary source of what would be known as rock and roll, and in the process helped to break down racial walls in mid-twentieth century America.

Beginning in the 1920s, Black singers across the country took to the highways as the new technology of radio and records made it possible to reach a wider audience. Intense competition brought new ways to entertain, first with guitars, later with full bands, then with a performance style that would inspire Mick Jagger and a host of other rock and rollers.

Their music was infectious, wrecking many a house on the chittlin’ circuit, then graduating in the 40s and 50s to the Apollo and other major auditoriums across the country. The success of gospel quartets inspired record labels to form “doo-wop” groups that enticed gospel singers like Sam Cooke, Lou Rawls and Wilson Pickett to cross over to greater fame.

How They Got Over features classic performance footage of the Soul Stirrers, Dixie Hummingbirds, Blind Boys of Alabama and Mississippi, Sensational Nightingales, Mighty Clouds of Joy, Highway QCs, Davis Sisters, Sister Rosetta Tharpe and many more. Some of the greatest names in quartet music are interviewed, giving vivid accounts of how they “got over” in their performances: shouting, bending over backwards, dancing, jumping off the stage – what came to be known as “gospel drama.” In capturing their story, the film celebrates the spirit of gospel performers and how they helped usher in a musical revolution that changed the world forever.

Robert Clem is a native of Alabama who earned an M.F.A. from NYU film school and has been a fellow at the Sundance Institute Writer/Director’s Lab.  For radio he adapted works by William Faulkner and dramatized Hernando de Soto’s expedition and the Hamilton-Burr duel.  His first feature length film Big Jim Folsom:  The Two Faces of Populism (1997) explored Alabama’s racially diverse, populist revolt in the 1940s won the Int’l Documentary Association ABCNewsVideoSource Award.  Clem also wrote and directed the award-winning In the Wake of the Assassins (2006), about an Alabama political assassination that exacerbated the racial strife of the 1960s; and Eugene Walter: Last of the Bohemians (2007), also a festival award winner, about the elfin, presumably gay Alabamian who was a central part of Fellini’s circle and who became a champion of the arts in his native Alabama.  The dramatic feature Company K (2004) adapted the classic WWI novel by Alabamian William March, while The Passion of Miss Augusta adapts the Victorian novel St. Elmo by Alabamian Augusta Evans Wilson.   Clem most recent films are the Emmy-nominated music film Alabama Black Belt Blues and the upcoming historical Civil War drama/documentary  Sink the Alabama.

"How They Got Over is a revealing and inspiring look at the massive contribution of gospel music to the spirit and vitality of rock 'n' roll; an invaluable documentary which combines historical scholarship with thrilling glimpses of gospel singers, both superstars of the genre and some you'll probably be experiencing for the first time.”
Robert HilburnFormer pop critic of the Los Angeles Times and author of biographies of Johnny Cash and Paul Simon
If you love music and want to know about the origins of rock and roll, you must see this film!
Terre RocheThe Roche Sisters
As a lifetime fan of gospel music, I believe this excellent film tells the story and shows the artists in a most compelling way.
Jon LandauCritic, Producer, Manager, Bruce Springsteen
Straddles the racial-divide, when secular music met the spiritual, forever to enrich American Pop culture, and go global. This film: academically on the mark, and as good to go as pure musical entertainment.
Van Dyke ParksComposer, Arranger, Record Producer
Previous
Next
Buy Tickets