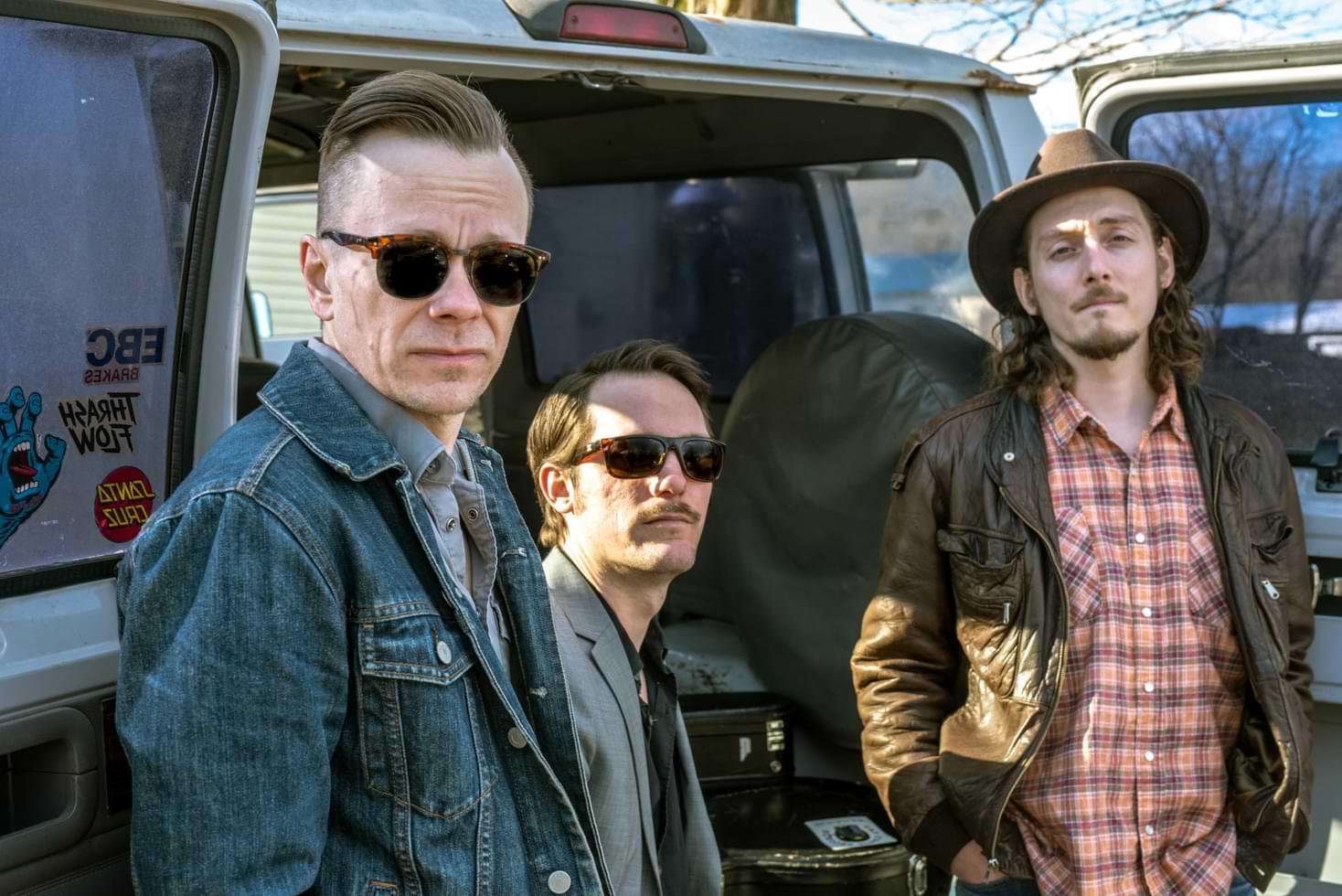 Streaming From The State: Chris Rattie & The New Rebels

Streaming From The State: Chris Rattie & The New Rebels

If you’re not already following us on YouTube, you can find our streaming channel here – subscribe to get notified of our happenings there. Like us on Facebook to make sure you get notified when we go live.

We’re providing this event free of charge, but donations would be gladly accepted. You can Venmo us, Paypal us, or make a donation via our website. The curtain is coming up at The State Theatre, but we can still use all the help we can get as we come out of our semi-hibernation.

For Chris Rattie & The New Rebels, 3 is the magic number.
The band is a rootsy, and dynamic three piece, whose sound ranges from raw, elemental rock n roll to harmony driven acoustic ballads. The New Rebel’s sound is simultaneously anthemic, cathartic, and intimate. Chris Rattie’s crafted tales of lovers, losers, and dreamers wrap themselves around hard driving rhythm, greasy electric guitar, and gritty harmonica, forming a rough and tumble fusion of rock, blues, country, and folk.

Chris Rattie & The New Rebels were formed in State College, Pennsylvania in 2017 after Chris released his second album, Porch. A native to central Pennsylvania, Chris cut his teeth as a drummer for Vince Welnick of The Tubes and The Grateful Dead, drummer and prominent songwriter in The Rustlanders (whose second album was helmed by producer Don Was and recorded in L.A.’s East West Studios), and as a vocalist/drummer/guitarist in the rock band Marah. The experiences imparted invaluable wisdom, giving Chris the exact skills he needed to write and record Porch. Jason Scott of B-Sides and Badlands called the album “a masterful creative accomplishment”; and goes on to say “Through nine coarsely-delivered, poignant tracks, Rattie defies convention and situates himself as transcendent”.

Rattie and The New Rebels started off as a four piece, with Forrest Schwartz on drums, Jeff Downing on bass, and Nate Cutshall on guitar and harmonica. The band began touring relentlessly throughout the Mid-Atlantic and Southern states to promote Porch. Buzz and momentum built alongside fatigue and road weariness. In July of 2018 Forrest decided to part ways and focus on his accomplished teaching career out west. The New Rebels were left without a drummer.

A perfect example of necessity as the mother of invention, the band re-invented itself.
Chris, Jeff, and Nate worked to redefine the phrase “power trio”. All of them multi-instrumentalists, they have since paired themselves down into a lean, mean machine. “We basically re-arranged everything” Rattie says, “We had to really focus on the basic building blocks of the songs and what makes them work.” The result created an extremely engaging live performance, moving from a whisper to a roar. Reformed and invigorated, Chris Rattie & The New Rebels hit the road again in September of 2018. Excited by their rediscovered sound, they booked time at The Church recording studio in Pittsburgh, PA in June 2019. The result being three brand new singles: “Culture War Casualty”, “Storm Song”, and “Chaos and Stardust”.